New Look and Something to Read from Someone Smarter

We have a new look here, mostly because the old layout was glitching up and I apologize for just having the URLs below. Had a cooler way before and the whole damn site had a hissy fit so we are going with this to see if it works with new lay out. Enough of that, on to something far more interesting.

Today I am sending you outside of this blog to visit someone else's, if you haven't already of course. This might seem like a mail in but I already took the time to read all of these posts and I'm not going to be repeating something someone else said better than I could have. A  friend of mine, Mike Groth (better know as Mikey G to some of us), has put out a great series of posts in which addresses what he calls the "Front Butt" or front compartment of the leg.

Little bit of history between Mike and myself, Mike and I played rugby together while at UMaine, he and I both hail from Portland and we both graduated from the same Bachelor's program at Maine. Mike also did one better by getting a Masters from the University of Texas in Austin working with their Men's Basketball team in their S and C department. Since he has made himself a nice little business down their with his Attainable Growth fitness gig. Apologies ahead of time Mike if you're not in favor of my wording here broseph. 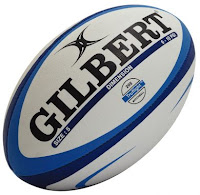 Mike's 4 part series on the "Front Butt", as he so elegantly put it, is great for those out there that need to loosen up in the lower body. He gives great progressions on the whole series and does a good job explaining what in the world the point is and adds his own humor that those of us that know him have come to enjoy. Those of you out there at have tight hips *coughcatherinecough* can definitely take something away from this series of posts, well done Mikey G!