Another month down and another month with only 1 post written, whoops. I'm really batting 1000 with this thing lately. I am sorry about the absence folks and I'm sorry to say that my first post in 5 weeks will have almost absolutely nothing to do with fitness or strength and conditioning. It's also going be a little bit sad or gloomy as well so hopefully I don't bring you down too much. I'm posting this here so I don't have to tell the same thing 500 times over. 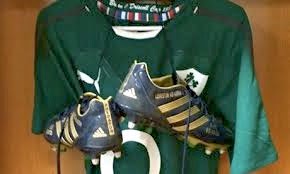 I've had a lot of mixed emotions about this subject and the thought slowly started to creep in my head this past fall after I started considering interning with a major sporting team the end of last summer. In case you haven't figured it out and are sitting there going what the hell is guy talking about?


I'm hanging up my rugby boots at the end of this spring season.

At the very least I will for awhile, if it's not for good. Like I said there are a ton of emotions going through my head, have been since I learned it was inevitable that's going to happen this spring. I'm extremely sad that I have to give up this sport that I enjoy so much. It's brought me many great friends and it also brought me to the city I now call home. Without moving to Boston I would never have landed where I am here in Brookline, therefore I would probably be pretty behind schedule on where I want to be in my career because let's face it, I might get to the same end point in Maine, it would just take longer.

From the moment I started playing for my Under-19 (aka High School) team in Portland I determined that this was the sport I wanted to invest my body into. As a lineman in high school football, the second I got my hands on a rugby ball and was told to run with it, I was hooked. Believe me just because you carry the ball in rugby doesn't mean you get a ton of glory.

I love this sport and the moments it has produced for me. Moments like standing toe to toe on your own goal-line, fighting for 15 minutes to keep your opponent out, then finally turning the tables and putting one in the bank yourself. Moments like standing in the middle of a mud pit that once was a field in a monsoon, puddles deep enough for guys to drown in the bottom of rucks. Yeah it's crazy shit but it's times like that I remember this is where I want to be on a Saturday.

Head coach of Cal Berkley rugby Jack Clarke deemed rugby in this country similar to a junk yard dog. They usually aren't looking for anything special, just to be treated with a bit of respect. As a rugger you fight and scrap for anything that you can get. Late night practices, sometimes sub-par facilities, but you make due and something about that drew me to it. I'm really not sure why that is, but I just am.

The next question is more than likely WHY? Well the other thing I've told myself all along is that I will not retire as one of those players that needs to have his sorry ass carried off of the field every league match he plays because he keeps getting hurt. I'm not at that point yet and I probably won't be even if a I played a couple more years, but this is only one factor into the why.

The other factor into the why is come this fall my time is about to become a rare commodity. Unfortunately there's this thing called REALITY in the world and when you need to cut something out, and your choices are; your job, something that's going to help with your job, maybe lead to a better one and possibly a path to your desired career, and something you do for fun on the side. Take a guess at which one of those items is on the block to get axed.

For lack of a better term, it really SUCKS a big one to have to put the gear into storage. Yeah it's important to have fun in life, but I've let rugby take the reigns over my career for awhile now, with the chance I have in front of me, rugby has to take a back seat for awhile. Rugby will still live in my blood and will never leave my head. There will be times that I have that itch and I'm going to be pissed I don't have a way to scratch it good. I'm sure I'm going to be pissed at myself, when the itch comes, that I'm no longer pulling on a jersey. At some point I have no doubt that I will look to coach rugby, most likely either college or high school, I feel I can have an impact on more lives that way.

The clubs I've played for since my U-19 have been nothing but great for me. I made great friends through all 3 clubs and seen a fair bit of success. My last year of U-19 we lost 1 game and took home our New England championship for our division. At UMaine we made it all the way to the national sweet 16 in our division, we were the only public school to make it that far that year. In Boston we play in the highest division possible, going toe to toe with the best teams in the country, New England teams simply want to be (or beat) Boston because they know what we are capable of. I would not change which clubs I've played for and I hope I can pay them back down the road for all the lessons they have taught me and all the good memories I've made through them. 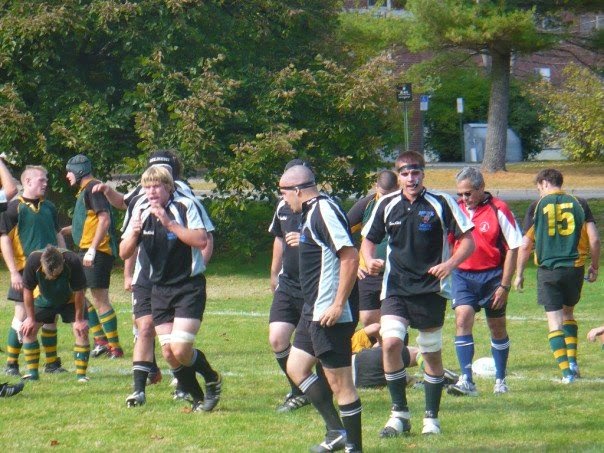 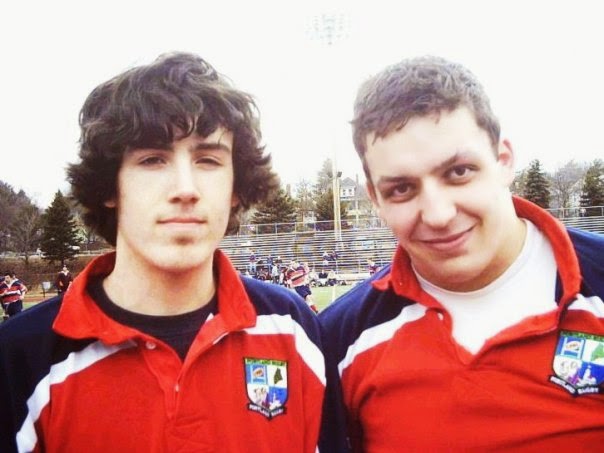 For this final season if you are in the Boston area and can make it to one of the local games I would really appreciate the effort for showing up. I've got the match schedule posted below for this spring. Anyone that has issues figuring out where a field is, e-mail me and let me know. The season commences this weekend against New York Athletic Club down in New York, but the home opener is next weekend for us, should be a good one too.

Finally a big thanks is owed to many for helping me along with this sport and supporting me throughout.

1st and foremost is my mom Sharon- She did not want to sign that waiver saying I could play for the pigs, but she did it any way because she knew it was rugby or nothing for those coming springs. She supports me with closed eyes at all the matches she's attended. Even went to Orlando when we made the sweet 16 in college. She has been the biggest supporter while quietly, sometimes not so much, protesting.

2nd definitely goes to my U19 coach Rocco Frenzilli- The man does wonders as a high school coach. Just think of it this way, you have to take, what is often, 15 or so adolescents that have probably never seen this sport, and turn them into players with 2 practices a week for a month or so. He does a damn good job doing so and his players all come back to the club to pay him a visit after they've graduated high school. I owe him pretty much everything when it comes to rugby.

3rd our college advisor/coach George Criner, behind the scenes he worked with me when I was having my issues with my courses in college. Even though we were an intercollegiate sport it wasn't like the varsity sports where, for the most part, you had someone kicking you in the ass 2 steps behind you to get your work done. We never checked on people's grades or their attendance to classes, probably something I could have used my first couple years. Yeah you have your parents hawking at you, but really are they there paying attention to your every move and really double checking? They try but no, George took that role after I figured out I kind of needed that person to help me graduate.

4th on the list is my current teammate, former college teammate, and former housemate Tony P. Tony quietly, as part of a Maine Alumini team at a tournament, mentioned if you wanna keep playing high quality rugby, then get to Boston and link up with BRFC. The following year after taking some time off I landed a job in Massachusetts and found my way to my first training with the boys, the rest as they say is history.

5th is a good friend, former co-worker and a great mentor of mine Mike Anderson. Mike is all but solely responsible for getting me to another level to be able to even compete on Boston RFC, pretty much acting as my strength coach. My mobility has gone from that of a picnic table to, well we'll call it a folding table for now, not perfect, but much better. To Mr. Anderson I give a good and loud THANKS and I'll see you when you and Kels come for the Marathon hopefully.

6th and certainly not lastly is the better half of me Catherine. She has supported me in the time we've been together 100% and fully with this sport. Some days it wears on us both pretty heavily. When I was having a bad run, some days she had to deal with me not being at my happiest, wasn't fair to her, but it's just the facts. There were trips and incidents that if I didn't have her to help I would have been severely screwed, ie a night when I was at the hospital until 2:30 AM getting 20 stitches in my face, or taking me to hospital in New York when I needed 9 more to be put in the other side of my face. Yup she's been my rock when it comes to this and she will continue to be no matter what endeavor I choose to shoot for next. Thank you hun, no more hospital visits hopefully.