You've reached that finish line you were striving for, proverbial or literal, now you are stuck at said finish line and have absolutely no idea what to do next. Kick back and relax, all those results you just saw from your training will stick around forever because that's all it takes is just a few months of hard work. Right and I'm going to break Usain Bolt's Olympic record and marry Alex Morgan. Hoping that you can cut through all the sarcasm I laid down, the answer here is an odds on NO, but I will drop some knowledge on you to hopefully give you a hand on taking that next step on maintaining the results you just worked your ass off for and to eventually see more results.

I can tell you first hand I know exactly what this feels like, even experienced recently this past spring, and will again in a couple weeks, with the end of another grueling season of rugby. Yes I still get after it on the pitch so I know what it's like in the trenches on both sides of the coin here. Most of us probably remember this feeling too from high school playing days, but you can also experience this mood if you've ran a marathon, done a race like the Spartan race or competed in a lifting competition. Getting to that end is great, you sit back and think; awesome bit of a monkey off the back, might have a little dissapointment mixed in their depending on how things went.

Building on that last thing about how things went is one thing that can sometimes determine what you do after this season end as I will call it. A season ending on a sour note, see Boston Red Sox, or if you had pretty much a lemon of a season, see Detroit Lions or Charlotte Bobcats, then hopefully you have got a big old bond fire lit under your ass to make yourself better. On the other end of the spectrum if it was a huge success and plenty to gloat about, see most recent San Francisco Giants, then the last thing on your mind is probably getting back in the saddle to work towards the next obstacle. 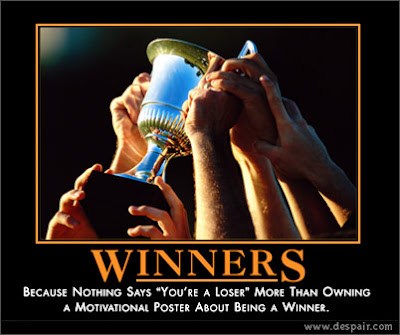 The former is easy to motivate here, you had a crap season or the like, you've got a bad taste in your mouth from that and you are ready to make sure it's not a repeat the next time around. The toughest ones to motivate, at least in my opinion, would be the ones that had a successful season or the like. Have a peak at the Bruins from this past year, god I miss the NHL by the by (and no I'm not Bruins fan, just using them and you can deal with it). Now then, look at the Bruins the last hockey season, won Lord Stanley and spent all off-season on cloud 9, rightfully so, with less than normal attention paid to their training with all the hoopla that goes with the post-season of winning THE cup. They had a pretty good season the following year, but the first round exit that many defending champions make was something they were not immune to. Do you honestly think they paid as much attention to their training as they did in the previous off-season? I really believe everyone is smart enough to say SHIT NO!

First solution I have that probably sounds a little simple minded, but do we really need to make things that complicated? After a successful season, remember that feeling and how much you feel like you are on top of the world, yeah you like that feeling, now think about every time you didn't have a successful year. Compare the two and decide how big the difference in your emotions are and whether or not you want to feel that down again. Yes we need downs to make the ups feel good, but you do not have to accept the downs, don't be a lamb. Another bit of food for thought, after a win or successful run, do you sit back and say "ok 1 was enough" or "2 was enough, I can relax now", hopefully not. The off chance that is the case it's time you find some help from friends and family to motivate you and get that flame akindling under your backside.

An easy step to also keep yourself from getting off track at the beginning of the off-season is to be sure you have a program ready to crush after. Taking a week off to reset your brain and let yourself recover from everything isn't such a big deal, but if you have a program ready to go, hopefully created by someone not yourself, big waste of fail there, then you will probably have it mulling in the back of your brain as you are recovering in that week off. On the same front hopefully that person that gave you the program is kicking you in the ass to get after it.

That's all for today ladies and germs, go crush something today.