1 Year, How I Survived and Knockouts

So this month marks a full year that I've been at this as a paid professional. Ok it was end of January, but I was a little busy until now. Yeah it's kind of daunting really, it seems like I've learned so much and come so far and been at this for way longer than a year. At the same time the year flew by and it feels like I was just in Maine a few weeks ago. 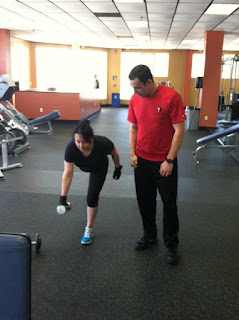 To recap what exactly happened from then to now for those that are someone interested I'll give you the highlight reel so I don't bore those that could give a crap. Was working in a restaurant in Cape Elizabeth, Maine. Landed a job at the old digs (pictured above with one of my favorite clients) in Hudson, Mass with a company I don't really care to speak of, but hey it gave me my start. Had some great clients and coworkers which became friends, about the best I could say for that. August I left the old company for the current gig here in Brookline, been training and learning by leeps and bounds since.

Anyone that's been in the business and survived knows the first year is tough. At one point or another you end up frustrated with something; yourself, employer, client, coworker, and want to put your head through a concrete wall. In the end that doesn't happen, you forge forward and come out the other side fine. I've posted a few things below on how I survived and ways to help others in similar situations.

-Don't be picky: Don't be picky on who you train and be really flexible on when you train. Train all comers, if the washing machine wants to be trained do it. Eventually you will nail down a pretty consistent and full schedule that you can work the rest around.

-Bring food and a few extra bucks: When you are on your feet all day and constantly training your body is going to STARVE for calories. I packed my lunch bag to the brim with good stuff every day...and I was still hungry after I ate it all. When the lunch bag is empty and the body still needs fuel you're gonna want a couple extra bucks.

-Live close to the facility (within reason): This was one of the areas I made a huge mistake with the first club, I lived a solid hour plus commute from the first place and pretty much woke up before sunrise and got home after sunset 80% of the time. Needless to say I've finally moved to a short commute away and life is a crap-ton easier.

-Educate any way you can: I got to the old place, needless to say I really was forced to do much self teaching for awhile. Other people gave me tips here and there that I applied, mostly though I had to read books and articles (which I did before I got my job) to learn. Didn't really have too many to mentor me, pretty much just had people put in front of me and was told to train them.

-Make relationships that last: Most of my old clients still keep up with me because I built a solid relationship with them. Hell 10% of my job was being a shrink or just an ear to listen to about their day. Another 10% was getting them to laugh and make their day better and the rest was being their trainer. Building that relationship got them to trust me fully and the ones that trusted me fully (even I couldn't get them to all trust me, it happen) became BEASTS. Even though I've moved on some of them would still enjoy training with me should the chance present itself just because of the relationships I made with them.

-Be happy with what you are doing: Training isn't all that glorious, unless you are putting your name on products like Eric Cressy or Dean Somersett then you probably aren't exactly rolling dough, so be sure you are happy with where you are training and with what you are doing. No situation is ever going to be perfect, like I said about my first place, with the exception of my clients and some of my coworkers, wasn't all that great. I changed it to make myself happier, but no situation will ever be perfect, even owning your own facility will bring things you don't like. Know your limits that you can deal with and then adjust and adapt from there. 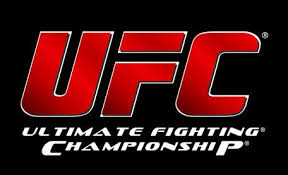 The last thing to talk about is the knockouts portion. No I'm not throwing haymakers...yet (rugby starts tomorrow, get excited!). Saturday night I took the time to find an establishment to watch the most recent UFC Pay-Per-View. I did not regret watching it because there was a couple damn good fights and a couple sweet knockouts. One thing I really like is the President of UFC Dana White preaches to all his fighters, young and old, don't leave it in the hands of the judges. Twice this statement came to mind on the night of this event. One of the prelims was a split decision and the guy that lost genuinely believed he got robbed, the other incident Allister Overeem clearly won 2 of the first 3 rounds, guess what 3rd round he got a little cocky and Big Foot Silva made him pay with a flurry of punches that knocked him the f*&$# out! The point here is never leave what you want into someone else's hands, take what you want by the scruff of the neck and get it done. No one will hand it to you (unless you're a spoiled bratt, then you'll be in for a huge wake up when you don't get what you want handed to you eventually). I see this almost every event UFC does or Ultimate Fighter Season that is aired.


Hope that wasn't too much for you all to endure. Go out there today and get after it!
Posted by Unknown at 3:11 PM